Bring joy to your home in just 15 minutes a day

What horrible, nasty, exhausting, awful things might you be willing to endure if you thought that the end result would bring something good into your life? REALLY... Think about this!


I don't know about you, but I didn't think childbirth was that fun. At least none of mine were! But, you know, I kinda liked that ending part where they handed me a baby!

What about exercise? Well, if I could quit the second I felt too tired and still get the benefits... but I can't... so that goes in the "not fun" category as well. Now, 70lbs lighter than when I started, I'm pretty happy with the benefits.

Today my pastor posted a picture of himself in our church dumpster after he had to go in to look for something thrown away by accident! Unplanned dumpster diving? Yuck! But what was lost has been recovered. :-) 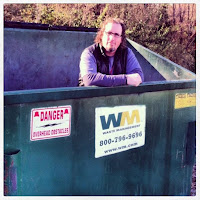 (Thanks for some inspiration Pastor Chuck!)

But what if I told you that if you were willing to endure something that is likely not as bad as any of those things for a small amount of time... it could drastically improve your home? I'm serious. 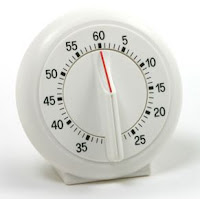 You have one of those in your home, right? Just about everyone does. If not, you likely have something similar. Microwave timer, cell phone timer, neighborhood dog that barks every five minutes? Surely everyone has something...

What if I told you that this timer could solve a large portion of your clutter problems?

And it doesn't have to be difficult either. Are you ready for this amazing, mind-blowing plan?

Pick a spot in your home that has been overwhelmed with clutter. Maybe it is a bookshelf. Maybe it is a closet. Maybe you have an entire guest room full of stuff that you have been intending to deal with "later."

Set your timer for 15 minutes.

No. You actually have to go through it and decide to trash, recycle, donate, or keep everything you touch. But don't get discouraged, because while thinking about that mess, you might have forgotten something.

You only set the timer for 15 minutes.

So what are you supposed to do when it goes off? Whatever you want. Drop what you are cleaning/organizing/sorting and walk away. Don't touch it again today.

I know that your initial reaction is going to be, "But Kindall, how is that going to help?" I know you are already rolling your eyes about this plan. I know that the amount of work that needs to be done in the space you were thinking about is enormous compared to the amount of time I told you to spend there. Think about it like this... at the end of a week, at 15 minutes a day, how much time have you spent on your problem?

Before you put this plan into place, how much time had you spent on that problem in the last month?

Imagine, tackling project after project in just 15 minutes a day until your house is clutter-free?

Now, is it likely that you can keep your entire home clean with just 15 minutes of work a day? Probably not. But so often, it isn't the daily housework that gets us bogged down. It is the clutter that has built up over time, or the boxes that were all moved in at once and never opened again that make us sign when we catch a glimpse of them.

So, if I am running a business that specializes in organizing and cleaning, among other things, why would I tell you this instead of just telling you to hire us and let us handle it for you?

I shared this because what I care about most is bringing JOY into your home. Of course we will come in and clean and organize and do anything you'd like done! But I want you to know that, even if hiring help is out of budget for you right now, there is hope! 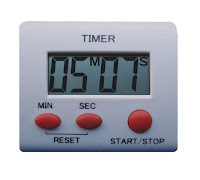 Therefore do not worry about tomorrow, for tomorrow will worry about itself.
Each day has enough trouble of its own.  Matthew 6:34

For God gave us a spirit not of fear but of power and love and self-control. 2 Timothy 1:7

Posted by Kindall Nelson at 12:14 PM No comments:

As part of our mission to bring joy to Peoria families, we support family friendly radio. WCIC 91.5 FM - Peoria